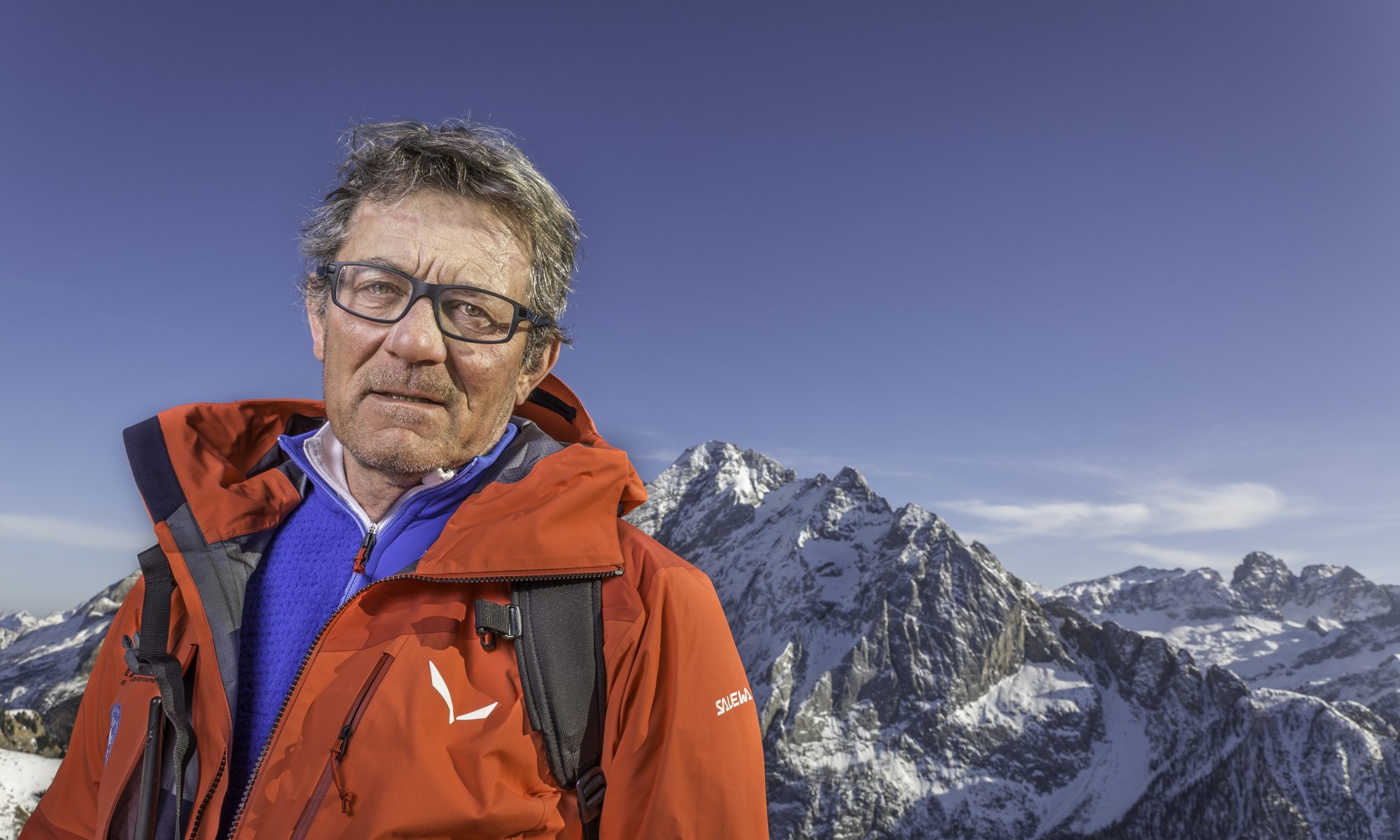 Gino was born in Palmanova (UD) on May 8th, 1954 and since he was a kid he started being around the alpine environment together with his father. During high school he moved to Trieste, which is very popular in for its cliffs and a great openair climbing area for every level and technique. So at the age of 16 he joined the SAG (Società Alpina delle Giulie) and the Emilio Comici Alpine School and started climbing. As his interest for alpinism grew, he discovered the climbing routes in the Carniche, the Giulie and finally the Dolomites. Already at 18 he completed many grade six routes and because of this he was noticed by the GARS (a very important Alpine Association) that asked him to join an expedition to Greenland in 1973.  A year later he happily joined the Fiamme Oro Sports Group of the Moena Police Force. During those years he met Franz Innerkofler, who became his rock climbing instructor and noticed in Gino a true talent, not only for climbing but also for teaching. That’s when he became an Alpine Guide and a Ski Teacher and in the 80s also a rescuer together with the Fassa Valley Ciamorces Guides Group.

When only 28 he was instructor of the guides and the rescuers. In the meantime, with Raffael Kostner and Willy Costamoling, he began developing a new concept of mountain rescue intended as a trained and prepared rescue corps. So in 1990 the Union Aiut Alpin Dolomites (AAD) was born, with Gino as president. Because of his work and dedication, in 1995 he was nominated “Cavaliere della Repubblica” and later on received other important nominees and positions, such as Officer of Merit of the Italian Republic.

After more than 40 years of experience, Gino continues to see the Mountain as a life coach, from which he especially learned to never give up on anything. For this reason he lives and does his job as it is was the first time, but with all of the knowledge he acquired during his lifetime.